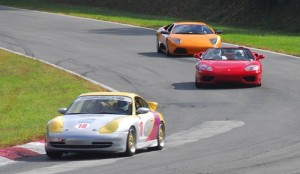 Unfortunately, our 2nd Drivers Education event of the season at Summit Point has been cancelled.

Old Advertising – Come Run with us at Summit Point!

It will be held on Thursday and Friday, July 5 and 6. This is the first time that ARPCA will have an event at this track in a long time. We are excited!

The ARPCA is a very active group. In addition to the on-track activities we also have:

The first races held there were IMSA International Sedans,[2] later to become The Radial Tire Series, and IMSA Pro Formula Ford. During its early years SCCA held numerous events at the track. Several Regional and National races were run each year. Many racers got their start in the popular SCCA Driver’s Schools held there by the DC Region.

Over time the track was host to a number of professional races sanctioned by IMSA and the SCCA Trans-Am Series through the late 1980s. Paul Newman ran several of his early races there in a Bob Sharp-prepared Datsun 510 sedan.

Two additional road courses, “Jefferson” and “Shenandoah”, were constructed on the property in 1996 and 2004, respectively. Jefferson is mostly used for training purposes, Friday-At-The-Track (FATT) events, and various drifting and driving events. Shenandoah is used for similar reasons. To date, the only actually “series” to use the Shenandoah circuit include the Bill Scott Formula Series (run by the FRCCA) and the Woodbridge Kart Club (WKC), which are normally run simultaneously. 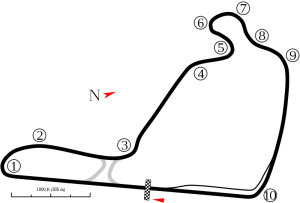 We will be running on the Summit Point Circuit (SPC). SPC a 10-turn, 2.0-mile (3.2 km) road course that features a 2,900-foot (880 m) main straight. This original circuit opened in 1970. The original layout did not include the “Carousel”, presently denoted Turns 6 and 7. In the original layout, Turn 5 was a ~90 deg. left-hander leading to a 90 deg. right-hander at the entry to what is now denoted Turn 8. Therefore, the original layout had 8 turns (or 9 depending on how you counted them). The “Carousel” wasn’t added until sometime after mid-’73.

To register or for more information follow the links below: