Planning started back in August when Melinda and Chuck Clark suggested that a contingent of people come down to Daytona late January to enjoy some time in the sun and see one of the great races in the world – the 24 hours of Daytona.

What makes it one of the great races in the world?  Ah – I’m glad you asked.  For starters, it is on a grand track – a 3.5 mile configuration at the Daytona International Speedway where cars approach 200 miles an hour on the banked oval. Next, the race is for 24 hours – a real test of man and machine. Finally, it is the first major racing event of the year – held the last weekend in January in a very lovely location, Daytona Beach.

With a little bit of planning this could end up being a great mini-vacation.  And, you know what, it was.  Who all planned to show up from the ARPCA region? Well, I knew of the following: the Rabenecks, Pattersons, Seilers, Sulouff’s, Cores, Schindels, Neffs, Pigmans, Clarks (unfair – they have a winter place in Daytona Beach), Jim Gregory (double unfair – he was crewing for Wayne Taylor Racing or WTR for short) & Dan Franzetta.

Many of us decided to stay in the same place – the beautiful Oceanwalk.  Right on the beach, this resort hotel is only 10 minutes from the track.  The Rabeneck clan had a great 2 bedroom, 2 bath suite on the 22nd floor.  The balcony looked north.  This allowed for lovely views of the beach and the sunsets.

While the racing schedule was a bit light (the Ferrari Challenge cars and the Continental Tire series was racing later in the day) there was lots to explore.  We wandered through the garages and up to cars. This is truly the “whos-who” of race car drivers.  Drives from every major series wants to attend this event to win the coveted Rolex watch.  Montoya, Donohue, Luhr, Bourdais, Wilson, McNish, Rahal, Fittapaldi, Rockenfeller are just a few of the drivers who I saw walking through the pits on Friday. One of my favorite Porsche factory drivers,  Patrick Long, was giving an interview.  After the interview he actually walked over to where a group of us were standing and started to talk with us.  I’ve met him a number of times in the past (the first time back at Parade 2008 in Charlotte).  Such a pleasant and engaging person.   We talked about his new team for 2013 – CORE Autosport and his ride with Park Place Motorsports car at Daytona.

During the day I met up with the Pattersons.  We took Kate for a ride on the Ferris wheel.  It gives a great view to the overall track.  We watched the Continental Tire 2.5 hour race.  It was a great battle. Billy Johnson and Jack Roush Jr won in their Ford Mustang.  The Rum-Bum Racing Porsche came in 2nd.  The racing was tight and fun to watch.

Friday evening the Rabeneck’s, Seiler’s, Patterson’s, and Chuck Beck met for snacks and cocktails on the balcony and then grabbed a bite to eat at the Bubba Gump’s Shrimp Co. before turning in for the evening.

While the 24 hour race doesn’t start until 3:30 PM the track is buzzing with activity early in the morning.  Jim Gregory was up and adam early helping to get the WTR  team ready.  The Rabeneck’s were moving a bit slower.  We got over to the track right after lunch and started to watch the pomp unfold below. Daytona as a racing venue can be a bit overwhelming.  There are two sets of grandstands – on the front straight between turns 4 and 1 and on the back straight between turns 2 and 3.  They hold over 165,000 people.  In some areas the track is banked at over 30 degrees in the the turn and 18 degrees at the start finish (see the picture of Rachel sitting next to the wall to get a sense of the banking.)

We wandered down onto the track and onto the starting grid.  We watched the pomp as the cars lined up.  We saw over 200 drivers introduced.  All very cool.  We decided to watch the start from the front grandstands.  The race began promptly at 3:30 PM Saturday afternoon.  The Ganassi Racing Daytona Prototypes were out front.  In the GT class there were over 18 Porsche 911’s in the field.  Again our marque was well represented.

One of the most impressive aspects of the track is the song of the engines when they are traveling around the tri-oval.  The Daytona Prototypes run a big bore 8-cylinder engine.  They truly “roar.”  In the GT class the cars more “sing” then “roar.”  The sound of the 911 flat-six is unmistakable.  And this is all very LOUD.  Without ear protection it can become painful rather quickly.

The other thing that you will notice when you are in the grand stands near the track is the rush of the air.  After 30 cars pass by you at speeds between 170 and 195 MPH the amount of air that the bring along is amazing.  It can blow you over if you are not paying attention.

We then took the long walk down to turn 4 and through the tunnel to get reach the infield.   The number of people moving around was a bit overwhelming.  Abbi, my lovely bride who could care less about racing (she came along for the vacation and the friends) finally said “now I know what hell may be like – very noisy, very dusty, and very crowded…”)  That was the signal to head back to the quiet and serenity of Oceanwalk.

I wanted to experience racing at night.  Well, maybe more correctly very early morning.  I decided to get to the track around 5:00 AM.  This is often the time when there is “the most action” that takes place.  Why?  People are tired and dawn is still a couple of hours away…   Well, it was.  There were 3 cautions that took place between 5:00 and 6:30.   Lots of action.  When I arrived at the track the sky was clear and the air crisp.  Cars were running hard.  For about 30 minutes I stood next to one of the engineers from a DP team that had a radar gun point back towards the start finish line.  He was recording the top speeds of the cars as they were passing start finish just before beginning to brake for the hard left turn into the infield. The GT cars were averaging between 160 – 170 MPH.  The DP cars were averaging between 190 – 200 MPH.  That is darn fast.

Around 6:30 I noticed that it seemed to be getting “darker” vs. “lighter”.  When I looked back up towards the lights on the back of the grand stands I could see the fog begin to poor over the back railing and tumble down the stands towards the track.  Really a cool sight.  This brought out the 3rd yellow since I got to the track.  After watching the cars run in the fog for almost an hour I decided that I’d head back to the hotel and have breakfast with the family.  Take a look at the picture of the fog from our balcony.

Before heading back to the track we decided to do a bit of exploring around Daytona Beach.  We drove both north and south on Route A1A.  We ended up at the Lighthouse and Museum.  This place is really cool.  If you have an opportunity to visit – do! The museum has a fantastic display of  Fresnel Lenses.  The walk to the top of the lighthouse is really fun.  The view is great…  For more information, visit: http://ponceinlet.org/

Watching the battle to the finish

We got back to the track in time to see the last couple of hours of racing.  The battle at the front of the field was fierce.  The top 5 DP cars were still on the same lap – after 22 hours!  The Ganassi and WTR cars were trading the lead back and forth.  Really tight racing.  In the GT class there were a number of cars that were leading within the last hour.  The lead continued to shift between Audi, Ferrari, and Porsche.  In the end, Audi had a great 1, 2 finish.  The Porsche’s were 5 and 6.

Take a look through the gallery of pictures. We were able to “check” all the things that can make an event really fun.  If you look closely in one of the pictures you will be able to see the PCA banner on the Clark motorhome that they designated “home base” for the ARPCA contingent.

Will we go back?  Yes.  I’m now thinking that I MUST attend a DE at Daytona International Speedway.  The question is no longer IF – but WHEN. 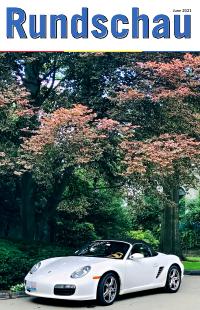