Greetings members – in honor of our Region’s 60th Anniversary, we are posting a number of items including recognition from the Porsche Club of America (PCA National) and some of the Club’s earliest correspondence and documents, showing the names of our original founders and the activities that they conducted. We hope you enjoy these documents, which have historical significance to our Club. Also look for future recognitions and celebrations of our 60th anniversary in the coming months and at our events.

The documents displayed here are in the form of embedded pdfs and navigation bar appears at the bottom and allows you to navigate multipage documents without leaving this page or opening an new tab.  Or by clicking the title of the document you can open the pdfs in a new tab or window, this might be preferable for mobile device users.

Letter of Recognition for ARPCA 60th Anniversary from PCA President

Record of Boundary and Changes 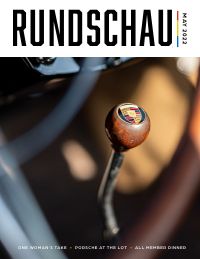